Hey there, today I'm releasing VD: V episode 3 for tier 3 subscribers and up!

In this episode I'm implementing my own turn based combat system, like I mentioned before, I spent long hours building up a combat system.

My combat system is in its early stages; I plan to expand and improve its features.

Is worth mentioning that coding the combat system was brutally challenging... I'm not a coder!

For more info visit my:

- Added an image button that lets players repeat the story combat all they want (gold grind.)

- Added a new song for the combat sequence.

Here are some screenshots: 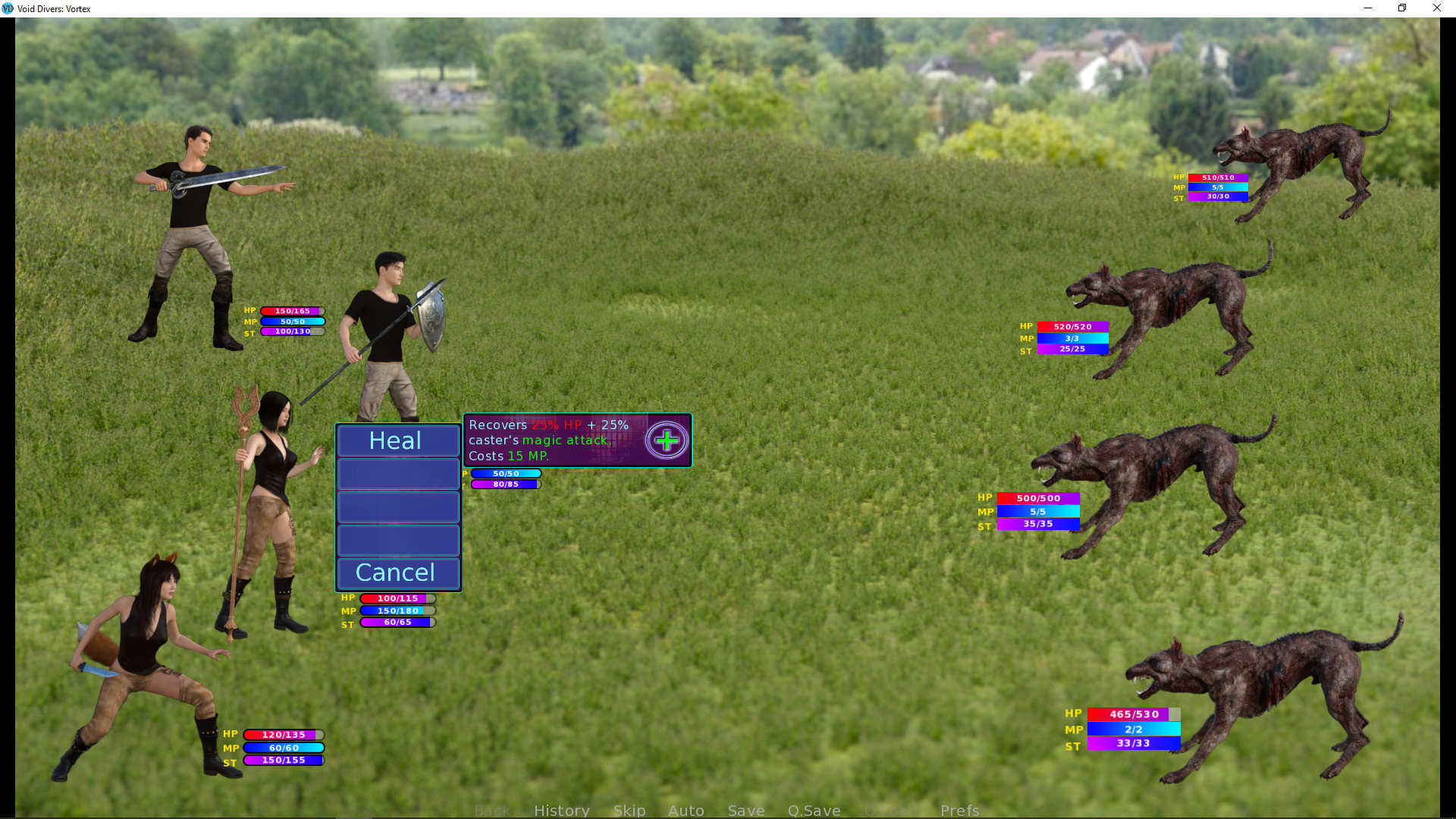 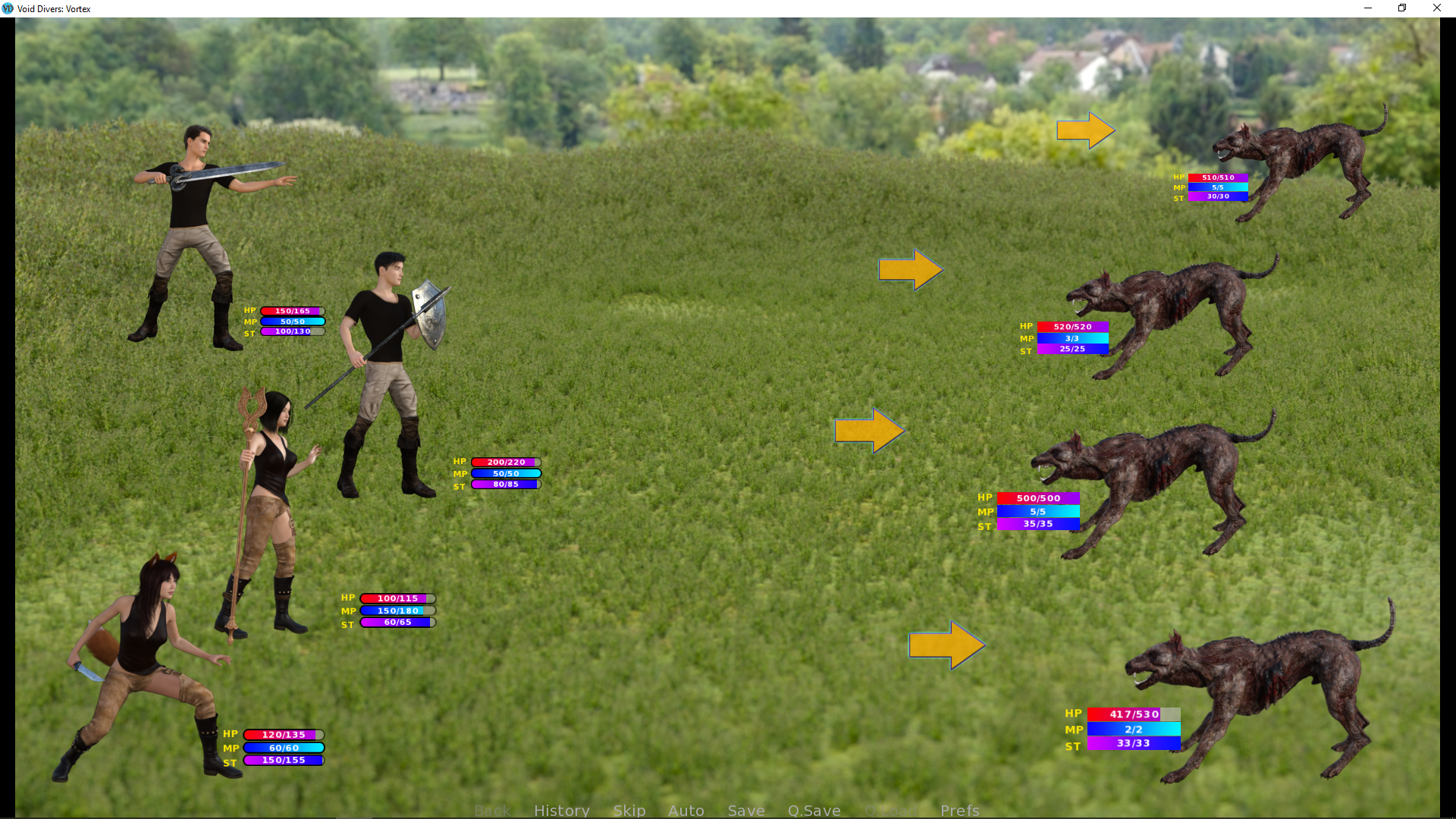 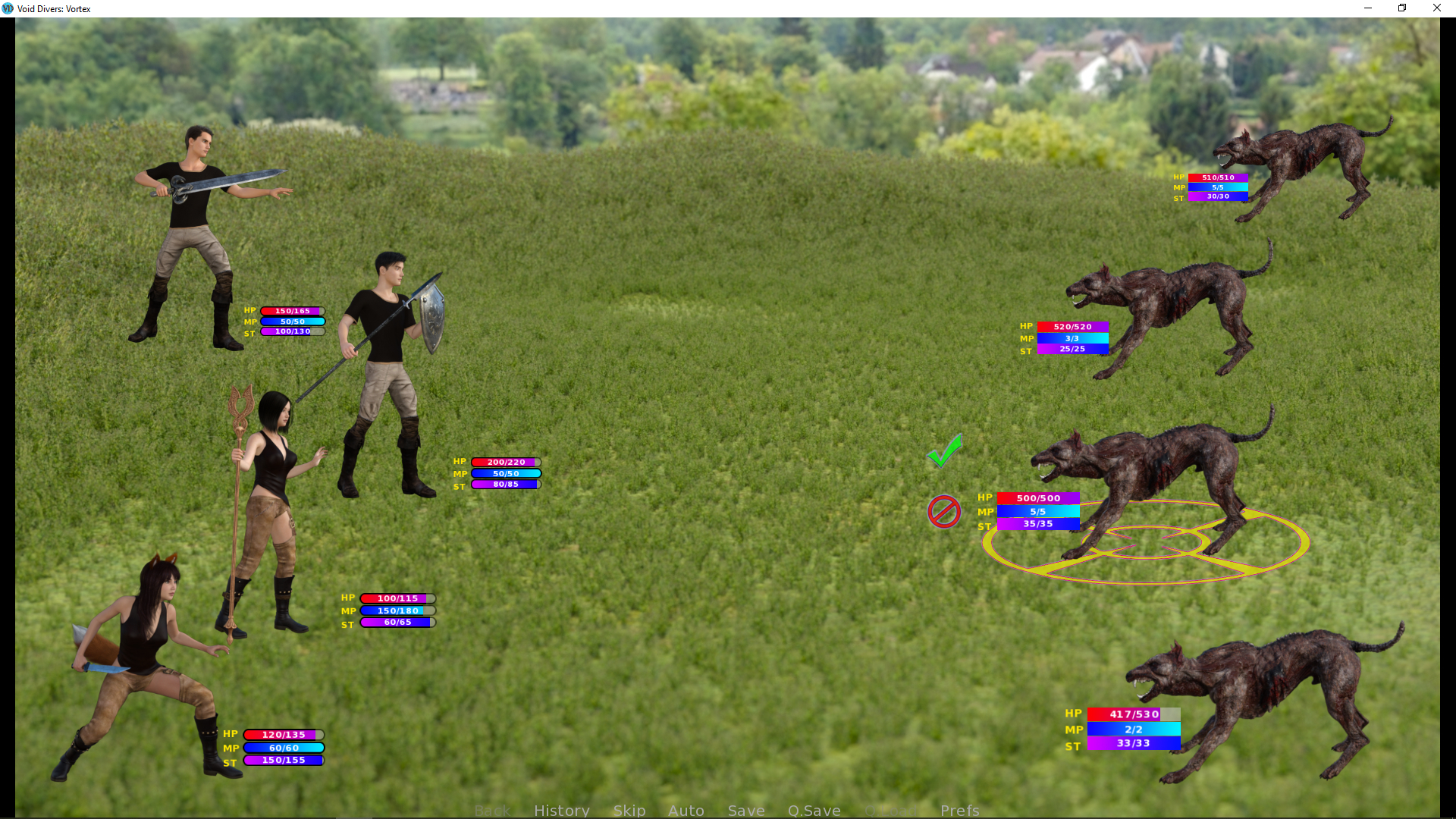 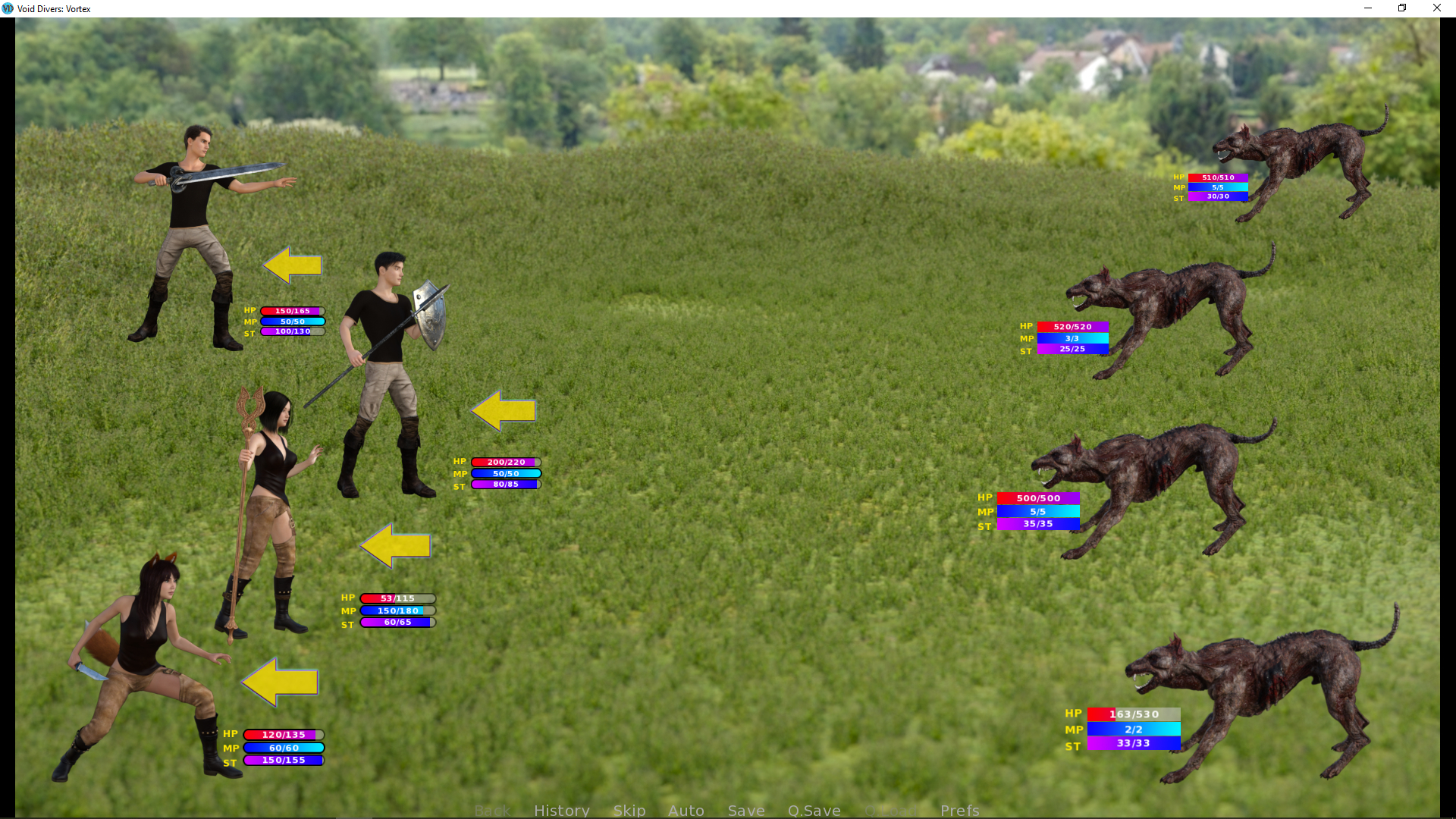 The undead dog icon that lets player challenge the undead dogs over and over (gold grind.)